This federally recognized tribe is made up of members from two tribes: the Assiniboine and the Gros Ventre.

The Gros Ventre tribe originally split off from the Arapaho tribe. Their name for themselves is A’aninin, meaning “white clay people.”

Gros Ventre was the name given to this tribe by the French, and means “big belly.” See this detailed explanation of Sioux Names.

The Gros Ventre are also known as the Atsina. 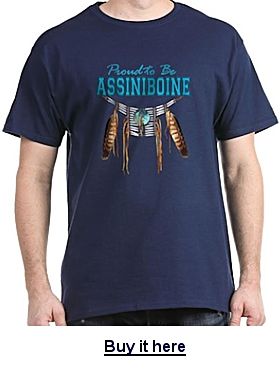 Create your own reality
Lakota Star Knoledge
Legend of the Talking Feather
The End of the World according to Lakota legend
The Legend of Devil’s Tower
The White Buffalo Woman
Tunkasila, Grandfather Rock
Unktomi and the arrowheads

Theresa Lamebull (1896 – August 2007) At 111 years of age, she is believed to have been be the oldest living member of the Gros Ventre Tribe of Montana and possibly the oldest Native American ever recorded.

George Horse-Capture (1937 – 2013) was a Gros Ventre anthropologist and author, who became a curator at the Plains Indian Museum and the National Museum of the American Indian.