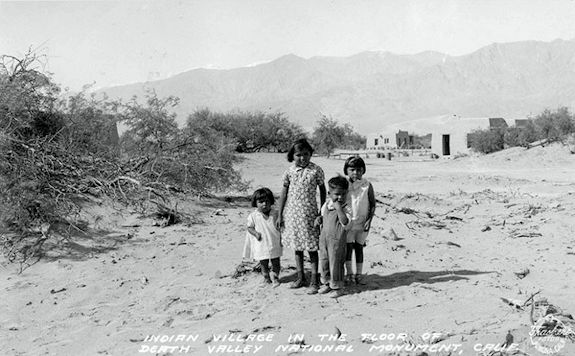 
After unsuccessful efforts to remove the band to nearby reservations, National Park Service officials entered into an agreement with Timbisha Shoshone tribal leaders to allow the Civilian Conservation Corps to construct an Indian village for tribal members on 40 acres near park headquarters at Furnace Creek in 1938.

With the help of the California Indian Legal Services, Timbisha Shoshone members led by Pauline Esteves began agitating for a formal reservation in the 1960s. However, the tribe’s reservation, the Death Valley Indian Community, wasn’t formally established until 1982.

By the time the federal government officially took the Panamint Shoshone primary ancestral lands with the creation of Death Valley National Monument in 1933, most of the men of the tribe were working in the mines or in construction. The tribe had been living in three villages in Grapevine Canyon, Wildrose Canyon, and Furnace Creek.

It would be three years before the Park Service would set aside 40 acres for the tribe. Twelve small adobe structures were built to house the 150 or so tribal members. These structures had no water, indoor plumbing, or electricity. Several of these homes were bulldozed by the Park Service when their Panamint Shoshone inhabitants left to spend time in the nearby mountains to escape 120+ degrees summer heat. 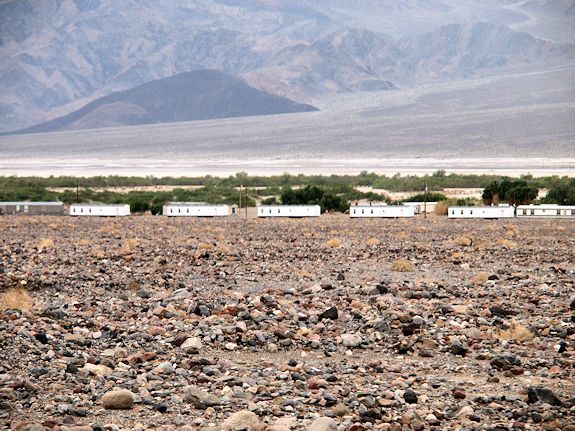 In the ‘70’s and ‘80’s, trailers and mobile homes were added to the small village and utilities were added with funds provided by several federal agencies. The Panamint Shoshone finally became a federally recognized tribe in 1983, naming their tribe the Timbisha Shoshone. But few of the benefits of being federally recognized were realized. As a result of continued mistreatment by Park Service employees and feeling like they were being “corralled like cattle,” most of the Timbasha Shoshone removed from Death Valley and ventured north to Bishop, California to live as guests of their distant cousins the Northern Paiute on the Bishop Reservation.

There many were able to find employment, some in the casino owned and operated by the Bishop Paiute. In 1994, the Desert Land Protection Act instructed the Secretary of the Interior to work with the Timbasha Shoshone in finding a suitable reservation for the tribe. Nonetheless, Interior Secretary Bruce Babbit decided to throw the Tribe off the last remnant of its traditional homelands in Death Valley. Mr. Babbit was unsuccessful, and in September, 1998 the tribe reached an agreement with the Department of the Interior to establish a Timbisha Shoshone reservation.

The Timbisha Shoshone Homeland Act was ratified in November, 2000. A total of 7,700 acres were restored to the tribe as a reservation. But, the tribe was forced to waive certain rights to secure ratification of this act, rights related to economic viability such as rights to game, construction of a casino, and others. As a result, the restored reservation was not an economically viable one, and was still in violation of the Desert Land Protections Act, except that it also provided that “… the Secretary of the Interior shall acquire additional lands for the tribe for the purpose of economic development …” This provision gave the tribe the right to place into trust land in the City of Hesperia, which falls within the tribe’s traditional ancestral homelands.

In September 1998 the U.S. Department of Interior reached a long negotiated agreement with the Timbisha Shoshone tribe, resolving the grievance dating back to 1933 when the Death Valley National Monument took over their lands. In November 2000, 17 years after the Timbisha Shoshone Tribe gained federal recognition, President Clinton signed the Timbisha Homeland Act providing for a reservation of about 12 square miles (nearly 10,000 acres) near the Nevada-California border to include land in and outside of Death Valley National Park. The park is full of sites that hold cultural significance to the Timbisha Shoshone people, such as Klare Spring, where their ancestors hunted bighorn sheep and left behind centuries-old petroglyphs.