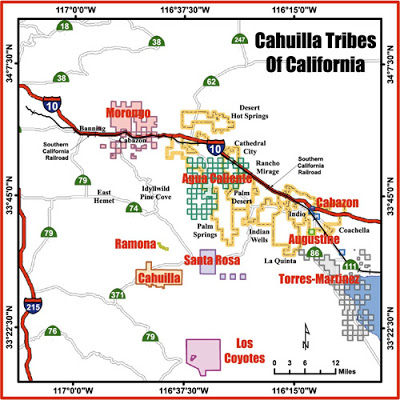 Tribal Family Services were established in 2003 to support social and educational programs for tribal members. Other services include cultural preservation, child development, and scholarships for tribal members. The Agua Caliente Cultural Museum in Palm Springs was founded by the tribe in 1991. The reservation is located in Riverside County, California. Tribal headquarters are located in Palm Springs, California, where the tribe owns  6,700 acres within the city limits, making the tribe the city’s largest landowner. The total reservation land covers 31,610 acres, that are broken up into many sections across the towns of Palm Springs, Cathedral City, Rancho Mirage,and unincorporated rural Riverside County. The tribe owns 49 even numbered plots, because the railroad was given the odd numbered plots to build the railroad line. The tribal economy is principally built on tourism. The Agua Caliente tribe owns Palm Canyon, Murray Canyon, Chino Canyons and Andreas Canyon (collectively known as the Indian Canyons) which are  accessible for hiking, horseback riding, and tours south of Palm Springs. There is a charge to tour these lands. The Indian Canyons are listed on the National Register of Historic Places. They contain more native fan palm trees than anywhere else in the world. 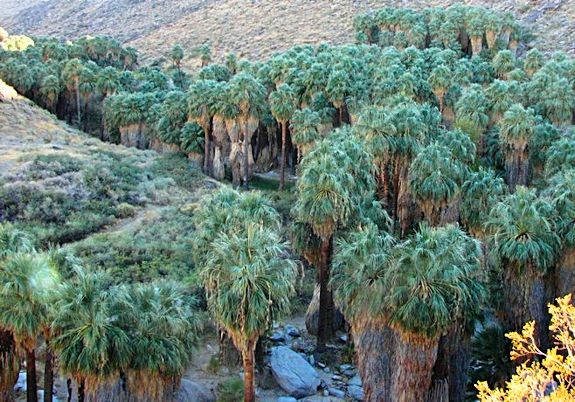 They also own Tahquitz Canyon west of downtown Palm Springs, which is known for its waterfalls up to 60 feet tall and the swimming pools below them. It is accessible for hiking and guided tours. The tribe also owns land in the Santa Rosa and San Jacinto Mountains National Monument. These canyons are the traditional ancient lands of the Agua Caliente, and are considered sacred by the tribe. The Agua Caliente were the original indigenous people of this area. They originally roamed a diverse territory of desert, canyons, passes, and mountains spanning about 2,400 square miles. The tribe also owns two casinos and two golf courses that are open to the public. The Spa Resort Casino, located in downtown Palm Springs at the original hot springs, has a lounge and four restauranats. The Agua Caliente Casino Rancho Mirage is in Rancho Mirage, California. The resort at Rancho Mirage also includes a hotel, fitness center and spa, the Canyons Lounge, and seven different restaurants. Tribal members in this tribe numbered approximately 432 as of 2010. At the time of first European contact, it is estimated they numbered between 6,000 and 10,000. There are nine Cahuilla reservations in California. More detailed information on the Agua Caliente Indian Reservation