Allegany Indian Reservation is an American Indian reservation in New York state. This reservation is primarily home to Seneca people, but a smaller number of Cayuga also live there. Both tribes belong to the Iroquois Nation.

In the past, the land included in this reservation was home to the Wenrohronon and Eriehronon, who were eliminated by the Senecas during the Beaver Wars, which began in 1638. 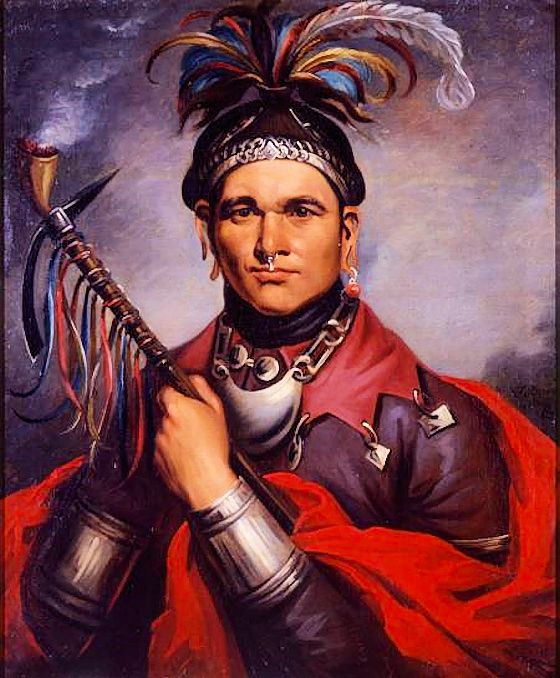 The reservation borders both banks of the Allegheny River and is within several of the towns in the south part of the county (South Valley, Cold Spring, Great Valley, Red House, Carrollton, and Allegany). The City of Salamanca, with the exception of a northern spur along U.S. Route 219, is also within the reservation.

The governmental headquarters for the Allegany Reservation are located in a small community known as Jimerson Town, an unincorporated hamlet located west of Salamanca on a stretch of dead-end road that formerly was part of New York State Route 17. The government rotates between Jimerson Town and Irving on the Cattaraugus Reservation every two years, its next turn will begin in November 2014.

Notable persons from this reservation are Sanford Plummer, known for his paintings.

The Seneca are the westernmost tribe of the Iroquois Confederacy, also known as the Six Nations. They are called the “Keeper of the Western Door,” for this reason. This tribe is also known as the “Great Hill People.”

The Seneca Nation of Indians has a population of over 8,000 enrolled members. They are the fifth-largest employer in Western New York, creating thousands of new jobs and investing hundreds of millions of dollars to bolster the region’s and New York State’s economy.

The Seneca people have lived in the Western part of New York State since time immemorial and consider the area their aboriginal home. After preserving two territories – or reservations – in Western New York, the Seneca people developed their own constitution and elective form of government, officially becoming the Seneca Nation of Indians in 1848.

The Buffalo Creek Treaty of 1842, is the treaty guaranteeing the Seneca Nation will have full use and enjoyment of the Allegany and Cattaraugus Territories in perpetuity.