Who are the Big Lagoon Indian Tribe?

The Big Lagoon Rancheria is a federally recognized tribe of Yurok and Tolowa Indians. 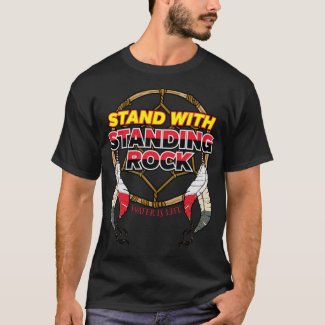 Buy this Stand With Standing Rock – Water is Life T-Shirt

Tribal enrollment is based on a minimum of 1/8 blood quantum and lineal descent from the Plan of Distribution on the Assets of the Big Lagoon Rancheria, created January 3, 1968.

The tribe was first recognized by the US federal government on July 10, 1918.
Charter:
Name of Governing Body:
Number of Council members:
Dates of Constitutional amendments:
Number of Executive Officers:

The historical Arcata Hotel in Arcata is owned and operated by the Big Lagoon Rancheria.

Digger: The Tragic Fate of the California Indians from the Missions to the Gold Rush

An American Genocide: The United States and the California Indian Catastrophe, 1846-1873

Tending the Wild: Native American Knowledge and the Management of California’s Natural Resources

Indians of California: The Changing Image