Who are the Athabaskan peoples?

Athabaskan is the name of a language group, also called Na-Dene or Apachean, that includes languages associated with Native American and First Nation people that today live in Alaska, northwest Canada, and coastal Oregon and California. 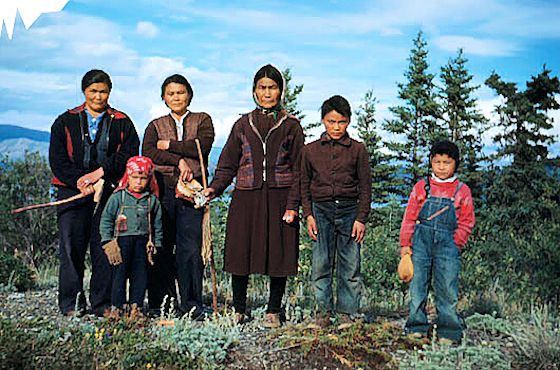 A significant decline in the numbers of barren-ground caribou is expected as a result of climate change. Indeed, this species is a bellwether of the impacts and effects of climate change throughout northern North America and is a determinant of the health and welfare of Athabaskan communities.

Peoples of Arctic Athabaskan descent represent approximately 2% of the resident population of Alaska, U.S.A. (12,000), compared with about one-third of the Yukon Territory (10,000), the Northwest Territories and provincial norths (20,000) in Canada. Athabaskan peoples are a relatively young and growing population, compared with non-Aboriginal Arctic resident groups.

Forms of political and cultural organization vary, depending upon the place of residence of a particular Athabaskan people. In Alaska, Athabaskan peoples have organized themselves in accordance with federal and State statutes which provide funding for government operations, including the Indian Reorganization Act for tribal governments, Alaska Native Claims Settlement Act for incorporated Villages, and a variety of state- legislated and traditional political entities. In Canada, Athabaskan peoples have organized themselves into political bodies under federal legislation including bands created under the Indian Act , self-governing First Nations as mandated through negotiated Settlement Agreements, and regional umbrella organizations.