Manuelito (1818–1893) was one of the principal war chiefs of the Diné people before, during and after the Long Walk Period. His name means Little Manuel in Spanish. As any Navajo, he was known by different names depending upon context. He was known as Ashkii Diyinii (Holy Boy), Dahaana Baadaané (Son-in-Law of Late Texan), Hastiin Chʼilhaajiní (“Black Weeds”) and as Nabááh Jiłtʼaa (War Chief, or Warrior Grabbed Enemy) to other Diné. After his first battle at age 17, he was given the name Hashkeh Naabaah, meaning Angry Warrior.

Non-Navajo people nicknamed him “Bullet Hole” and also recorded his name as Manuelita and Manuelito Segundo.

Manuelito was born to the Bit’aa’nii or ″Folded Arms People Clan″, near the Bear’s Ears in southeastern Utah about 1818. ..Read the full biography 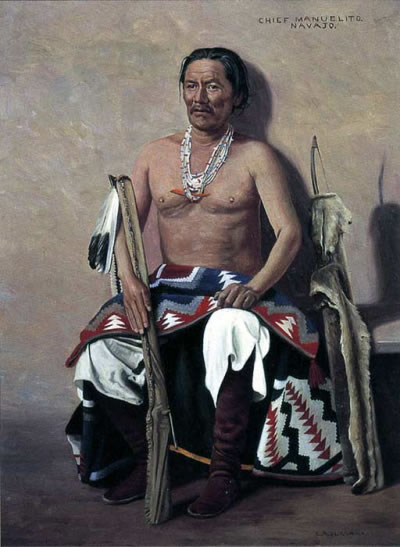 Navajo Chief Manuelito, who was acclaimed head-chief in 1855 at the conference with Governor Meriwether 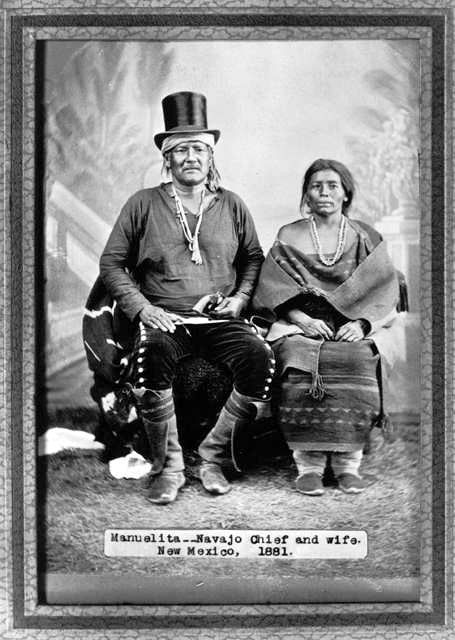