The Choctaw Nation of Oklahoma was native to the Southeastern United States and members of the Muskogean linguistic family, which traces its roots to a mound-building, maize-based society that flourished in the Mississippi River Valley for more than a thousand years before European contact. 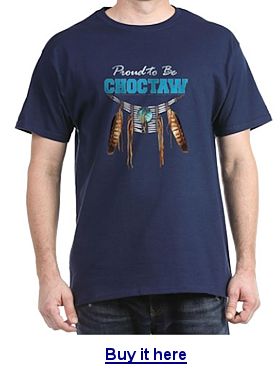 The Choctaw signed nine treaties with the United States before the Civil War, beginning with the Treaty of Hopewell in 1786 – which set boundaries and established universal peace between the two nations. Subsequent treaties, however, reshaped those borders and forced the Choctaw to cede millions of acres of land. In 1830, the United States seized the last of the Choctaw’s ancestral territory and relocated the tribe to Indian Territory west of the Mississippi

The Books of Genesis, Exodus, Leviticus, Numbers, and Deuteronomy, Translated into Choktaw Language

The Choctaw like all of the Muscogean tribes was a matriarchal and clan culture. There were two distinct Moieties: Imoklashas (elders) and Inhulalatas (youth). Each moiety had several clans or Iskas, it is estimated there were about 12 Iskas altogether. Identity was established first by Moiety and Iska, so a Choctaw identified himself first as Imoklasha or Inhulata and second as Choctaw.TheChoctaw clans include the Wind, Bear, Deer, Wolf, Panther, Holly Leaf, Bird, Raccoon and Crawfish Clans.

Related Tribes: The Five Civilized Tribes are the Cherokee, Chickasaw, Choctaw, Creek (Muscogee), and Seminole. They are so called because they were some of the first tribes to adopt European culture as their own.

The Chickasaw and Choctaw were once one tribe.

The Choctaw were early allies of the French, Spanish and British during the 18th century.

In the 1750’s the tribe was involved in a Civil War that decimated whole villages. The division was driven by factions affiliated with the Spanish and the other the French. In the 18th century the Choctaw were generally at war with the Creeks or the Chickasaw Indians.

Although their first encounter with Europeans ended in a bloody battle with Hernando de Soto’s fortune-hunting expedition in 1540, the Choctaw would come to embrace European traders who arrived in their homeland nearly two centuries later.

Following the Revolutionary War, many Choctaw had already intermarried, converted to Christianity and adopted other white customs. The Choctaw became known as one of America’s Five Civilized Tribes, which also included the Chickasaw, Cherokee, Creek and Seminole.

The Choctaw Tribe of Oklahoma ended up in Oklahoma after a forced march from their homeland, now referred to as the Trail of Tears. Many different Indian tribes had their own trail of tears, but the Choctaw were the first tribe to make this trek to what was then Indian Territory, now called Oklahoma.

During World War I and II, the U.S. Military used members of the Choctaw Nation for secure communications. They became the first code-talkers.