Ancient History: Mystery of the Anasazi

One of the most popular and fascinating features of the southwest’s Canyon Country is the remains of the prehistoric Anasazi Indian civilization. The Anasazi thrived in the region for nearly 1,000 years leaving evidence of their extraordinary masonry talents everywhere.

The zenith of the Anasazi culture was reached in Chaco Canyon during the years 900-1100 C.E.

The gigantic pueblos of Chaco rival the other great works of the ancient world, such as those of the Mayas and Incas. 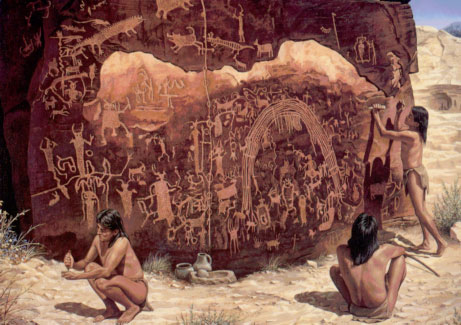 By the year 1300, the Anasazi had abandoned the entire region, generally moving into the Rio Grande Valley of northern New Mexico. This departure has long been one of the southwest’s great mysteries and has been the subject of intense research and speculation for generations.

Cliff dwellings, houses of the prehistoric Ancestral Puebloans (Anasazi) people of the southwestern United States, built along the sides or under the overhangs of cliffs, primarily in the Four Corners area, where the present states of Arizona, New Mexico, Colorado, and Utah meet.