Who are the Alabama-Coushatta Tribe?

The Alabamas were once part of the Moundville chiefdom located in western Alabama and eastern Mississippi, and the Coushattas were connected with the Coste chiefdom, located near Bussell Island in present-day eastern Tennessee.

During the 19th century, both tribes moved to Western Louisiana and Eastern Texas.

Language Dialects: Alabama and Koasati, which are mutually intelligible 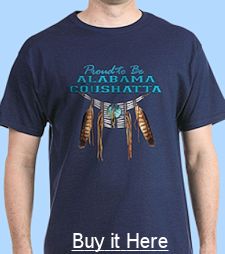 Similar origin myths indicate these two tribes were connected long before encroachment by Europeans. The origin myths of both tribes focus on the interconnectedness of the tribes.

One myth states that the two tribes sprouted from either side of a cypress tree. According to their tribal folklore, the ancestors of the two groups traveled from deep beneath the Earth before reaching the surface. After much time had passed, they surfaced at the opposite ends of the tree’s roots, and once they saw the light of day, their ancestors discovered the great Alabama River. The emerging Alabamas and Coushattas established their villages in two separate bodies but often hunted together and eventually began to intermarry.

Another legend was recorded in 1857 from Se-ko-pe-chi, one of the oldest Creeks in Indian Territory. He said that the Alibamu and Koasati tribes “sprang out of the ground between the Cohawba and Alabama Rivers.”

The Alabama and Coushatta tribes had similar lifestyles. They farmed corn, beans, squash, sunflowers, and other crops. They would also hunt deer and gather berries, roots, and nuts. They used bows and arrows to hunt larger animals in the forests like deer. One favorite food was bear. To hunt smaller animals like birds and rabbits they used blow guns made from long lengths of cane.

Early European explorers reported finding the woods around Alabama and Coushatta towns cleared like a European park. The Indians would set fires in the woods to burn away the old taller grass and small shrubs and bushes without hurting the old trees with thick bark. Done every year or two, the fires kept the bushy undergrowth from taking over. The Indians would do this in the fall and winter.

In the spring the new green grass would get more sun and grow better on the burned areas than in heavy undergrowth and made hunting with a bow and arrows easier. This tender green grass would attract deer and animals to hunt. These fires also made it easier to find acorns and nuts on the ground. The Southeastern Indians used a lot of acorns for food.

Fire was an important part of their religious tradition. Each house kept a sacred fire going all the time. At the main temple there was also a fire that burned all the time. These fires were built a special way. They would place four logs in the shape of a cross around the central fire. One log would point north, one east, one south and one west. As the fire burned the ends of these logs the people would push them in to the center. A home fire would have small logs and a dance ground, would have big logs to last longer. Fire was believed to be a part of the sun and the sun represented the highest God.

History timeline of the Alabama Coushatta Tribe of Texas

Journey to the West: The Alabama and Coushatta Indians (Civilization of the American Indian Series)