The Acuera Indians belonged to the Timucuan linguistic division of the Muskhogean linguistic family. They lived near the the headwaters of the Ocklawaha River in what is now Florida. 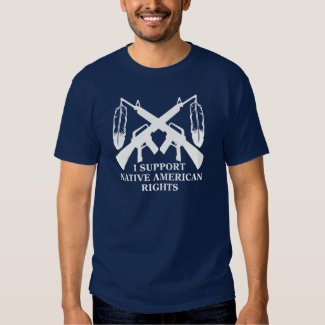 Freshwater Indians and the Unita Indians, are some of the related tribes with which the Acuera tribe later intermingled. These tribes were known collectively as the Timucua Indians, after the region in which they were located, although there was a dominant tribe in this confederacy also known singularly as the Timucua tribe.

The Acuera were first mentioned in a letter written by Desoto at Tampa Bay to the civil cabildo of Santiago de Cuba. According to information transmitted to him by his officer Baltazar de Gallegos, Acuera was “a large town where with much convenience we might winter,” but the Spaniards did not in fact pass through it, though, while they were at Ocale, they sent to Acuera for corn.

The name appears later in Laudonniere’s narrative of the second French expedition to Florida, 1564-65 (1586), as a tribe allied with the Utina. It is noted sparingly in later Spanish documents but we learn that in 1604 there was an encounter between these Indians and Spanish troops and that there were two Acuera missions in 1655, San Luis and Santa Lucia, both of which had disappeared by 1680.

The inland position of the Acuera is partly responsible for the few notices of them. The remnant was probably gathered into the “Pueblo de Timucua,” which stood near St. Augustine in 1736, and was finally removed to the Mosquito Lagoon and Halifax River in Volusia County, Florida.

In a letter dated February 2, 1635, it is asserted that 30,000 Christian Indians were connected with the 44 missions then maintained in the Guale and Timucua provinces. While this figure is probably too high, it tends to confirm Mooney’s (1928) estimate.

In 1675 Bishop Calderón of Cuba states that he confirmed 13,152 in the four provinces of Timucua, Guale. Apalache, and Apalachicoli, but Governor Salazar estimates only 1,400 in the Timucua missions that year.

What happened to the Acuera Indians?

European disease decimated the Timucua very rapidly, and their ruin was completed by attacks by the English and the northern Indians, so that by 1728 the single town which seems to have contained most of the survivors had but 15 men and 20 women. Eight years later 17 men were reported there. Not long after this time the tribe disappears entirely, though it is highly probable that numbers of individuals who had belonged to it had made their homes with other Indian tribes.